Gorgeous Wedding at the Beechmont Country Club in Cleveland, Ohio 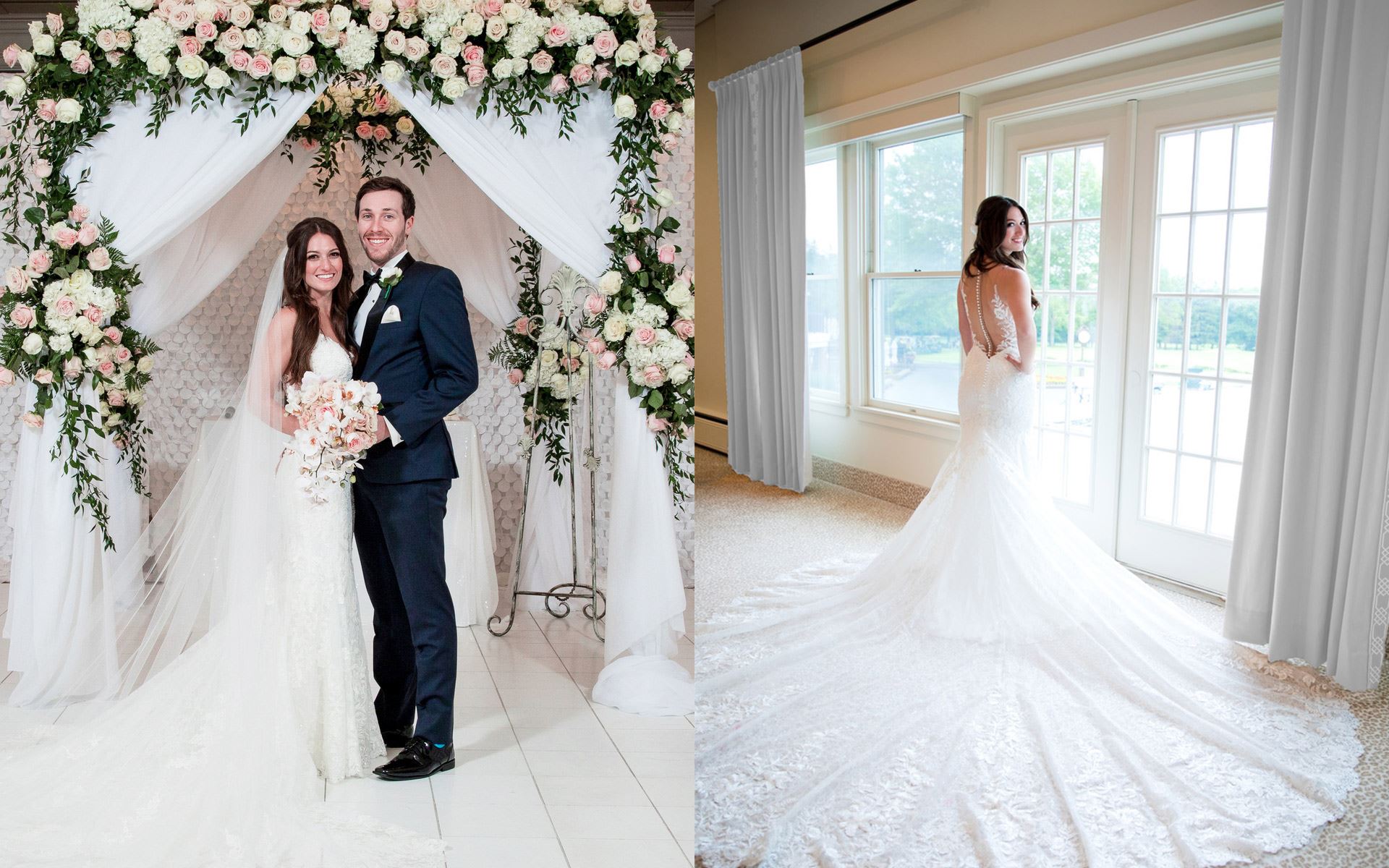 The first time Jake and I met was the spring of our freshman year in college. Although we had many mutual friends in both high school and college, we were never formally introduced until then. We were friendly over the next couple of years until we ended up moving into the same apartment complex. I spent a lot of time in Jake’s apartment because he lived with three of my very good friends.

We grew closer as we saw each other more often. I was coming out of a relationship, but that definitely didn’t stop Jake from swooping in and pursuing something with me. Although it took us a couple of weeks to admit it, our friends could tell there was something special between us.

Jake decided that it was time to make our relationship official when we went to dinner together for my birthday. We have been inseparable ever since.

When we went to Miami over Jake’s spring break, I had an idea that he could be proposing there.

We had always talked about how it would be so special to have both of our families with us to celebrate once we got engaged. I knew that Jake’s family would be coming to meet us on the Saturday before we left. I assumed that he wouldn’t propose with only his family there and not mine.

I was certain that if it didn’t happen by the last weekend we were there, then it wasn’t going to happen at all andrikofarmakeio.com. With Jake’s crazy schedule while being in medical school, I knew that the only time we could get married would be the summer of 2019.

Jake hadn’t proposed yet and our trip was coming to an end. I said to him at happy hour on Friday night, “Since you aren’t going to be proposing this trip, does this mean we are waiting to get married until after you finish school?” Jake laughed and made fun of me for thinking he was going to propose in Miami.

The next day, we went to brunch at Lido Bayside Grill. Jake had told me that it was a really pretty restaurant and that we should probably go in nicer clothes than our typical work out wear. He knew that I would want to take pictures there. He told me that we might as well look nice and change for the beach afterwards.

We got to brunch and the view was absolutely beautiful. I immediately asked if we could take pictures, but he told me we would take them after we ate.

In the middle of our meal, I realized that there was a photographer there and pointed him out to Jake. His response was so casual, and he said, “Yea, I saw him too. Isn’t it so pretty here?” I cannot believe how casual he was, because the photographer was there for us!

I was confused when we received two glasses of champagne instead of the check at the end of our meal. Before I had time to process what was happening, Jake was DOWN ON ONE KNEE!

Amanda and Jake had the most beautiful wedding at the Beechmont Country Club in Cleveland, Ohio. We are so happy that Amanda chose us to provide her stunning wedding dress. All of us at Brides by the Falls would like to thank Amanda and Jake for letting us be a part of their big day!

We would love for you to stop by and check out our designer wedding dresses in Cleveland, Ohio! We also have a gorgeous selection of bridesmaid dresses and mother of the bride dresses for the special ladies in your life. Set up an appointment through our contact page today.

Website uses cookies to give you personalized shopping and marketing experiences. By continuing to use our site, you agree to our use of cookies. Learn more here.